We have created two designs for the Highland Cattle Society for their new range of merchandise. We have worked closely with the society to design prints which represent this distinctive and iconic native breed. As well as designing homeware and stationery in our studio, we also share the farmyard with Izzi's fold of Highland cattle, which has been a great source of inspiration. When we are not in the studio, we are often found out on the farm! 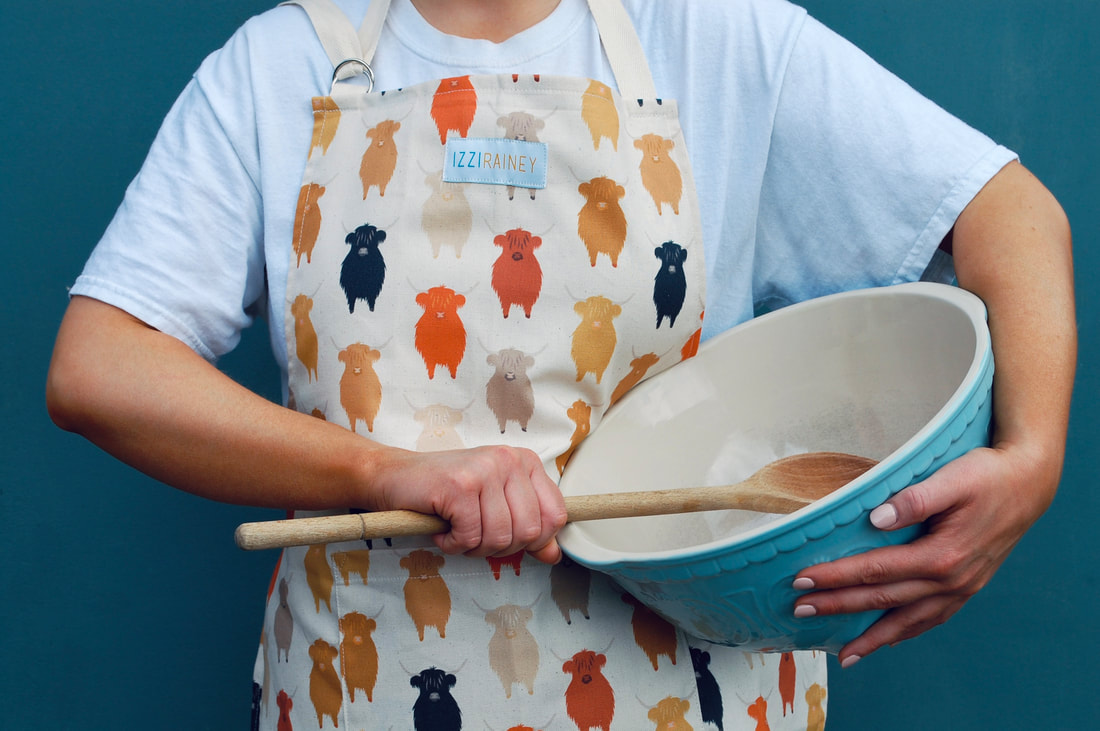 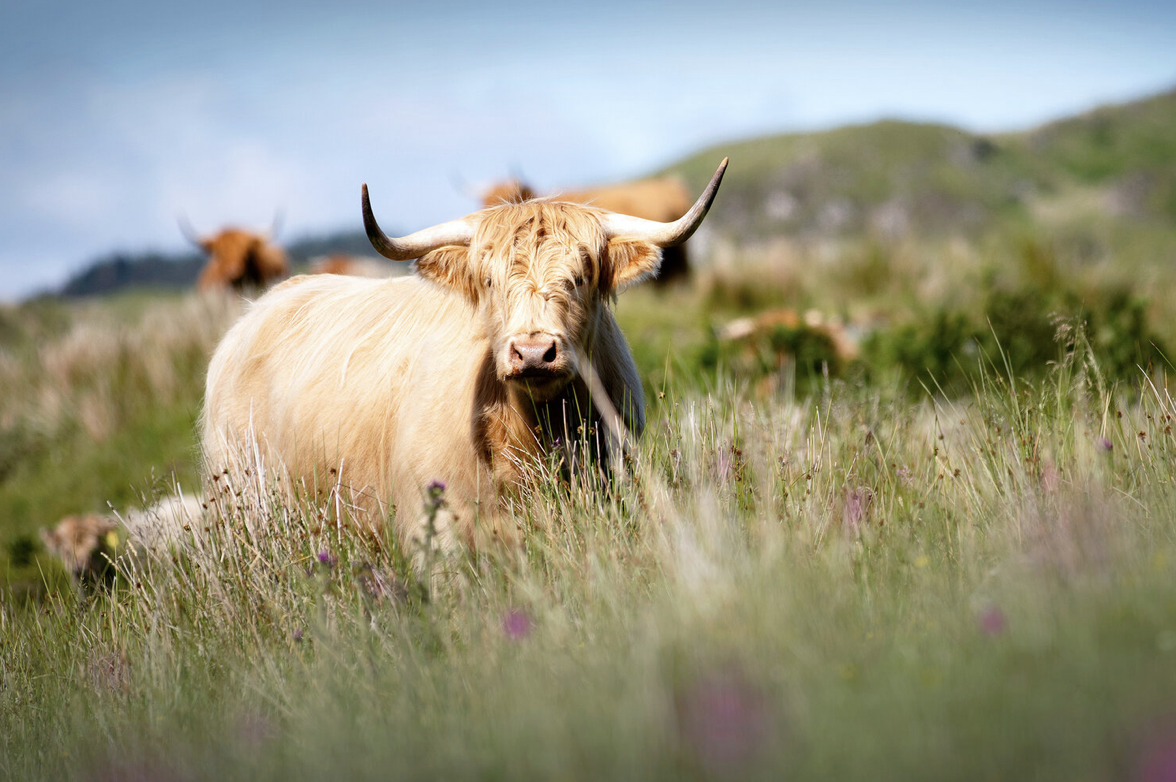 ​About the Highland Cattle Society.

The Highland Cattle Society is a SCIO (Scottish Charitable Incorporated Organisation). It was founded in 1884 by a group of landowners and farmers who wanted to preserve this valuable native breed. The first ever Herd Book was recorded the year after, and the breed standard was set and has been little changed ever since.
In fact, written records of Highland cows go back 100 years before this, and their first mention was in the 6th century. The Queen is the patron of the Highland Cattle Society and Her Majesty not only has an award-winning fold of her own founded at Balmoral in the year of her coronation 1953, but her fold is considered one of the best in the world.
Today, the society is proud to represent breeders across the UK and beyond. It may have been formed a long time ago, but is most definitely a 21st century society with a modern approach and fully computerised breed records. This means they can accurately authenticate the traceability of this unique breed. 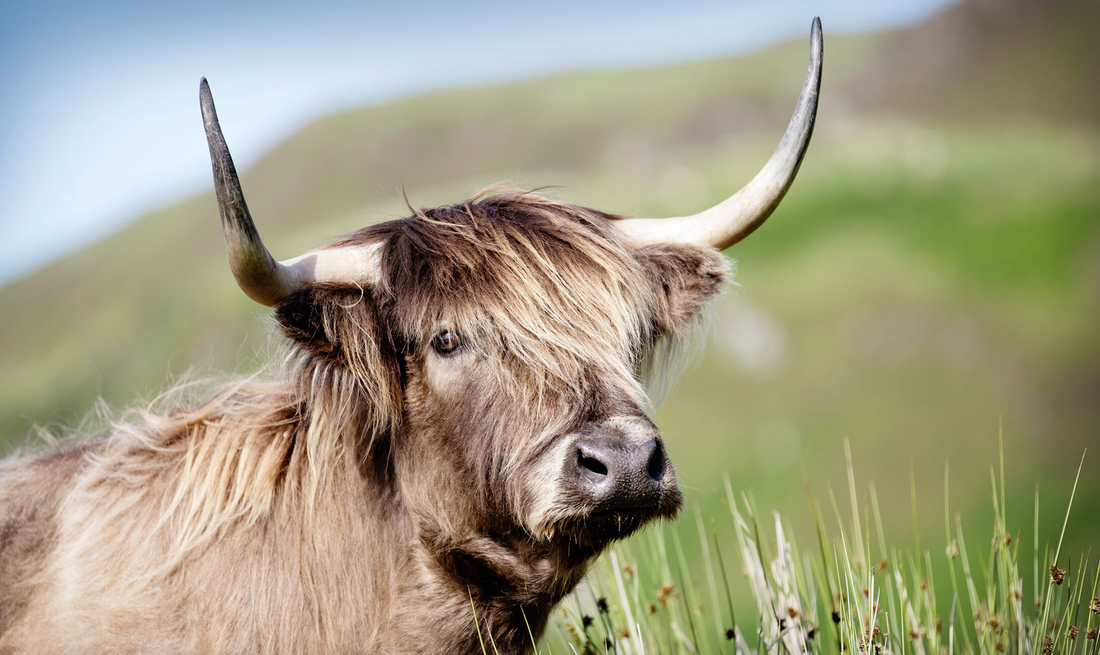 The Highland breed of cattle has a long and distinguished ancestry, not only in its homeland of western Scotland, but also in many far-flung parts of the world. It is one of the oldest registered breeds of cattle in the world and one of Britain's oldest, most distinctive and best-known breeds.
Written records go back to the 18th century and the Highland Cattle Herd Book, first published in 1885, lists every pedigree since that time. With a long, thick, flowing coat of rich hair and majestic sweeping horns, the Highlander breed has remained largely unchanged over the centuries. Although the classic image of a Highland cow today is red they also come in other shades including yellow, brindle, dun, white and also black, the breed’s original colour.

If you would like to find out more about the Highland Cattle Society please take a look at their website ​www.highlandcattlesociety.com 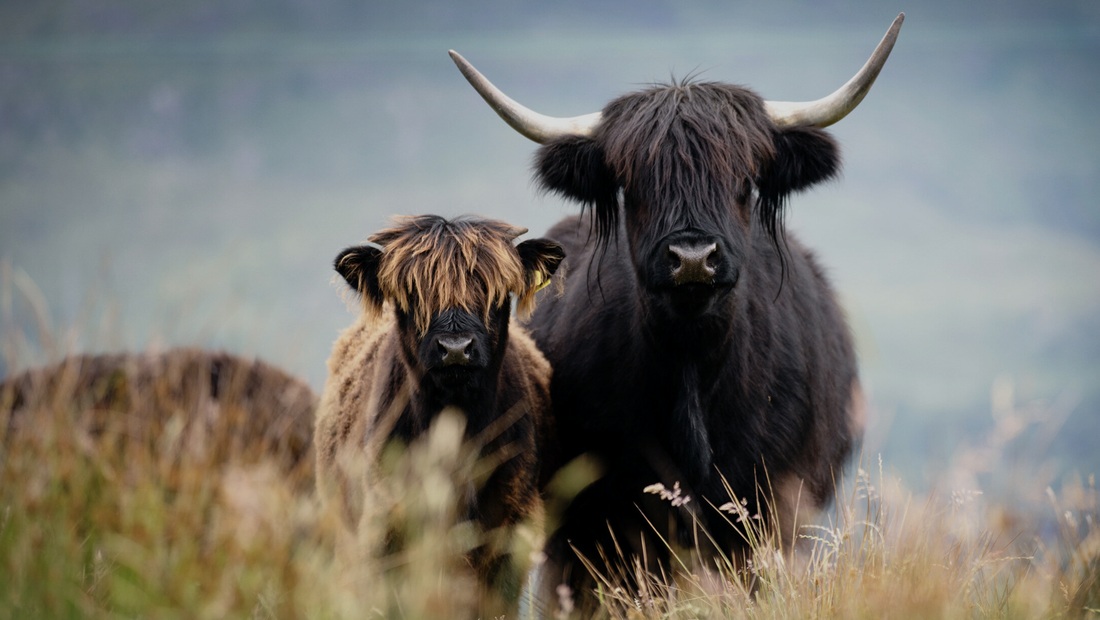 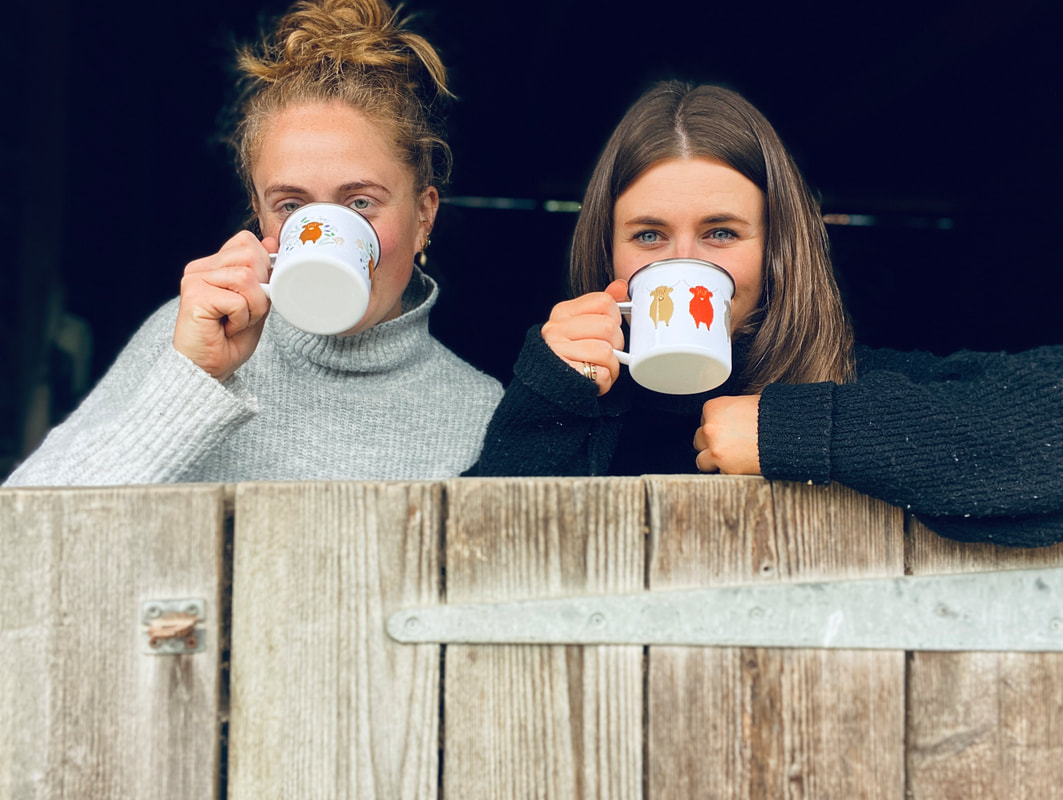